4 Advantages to Buying a Used Car vs New 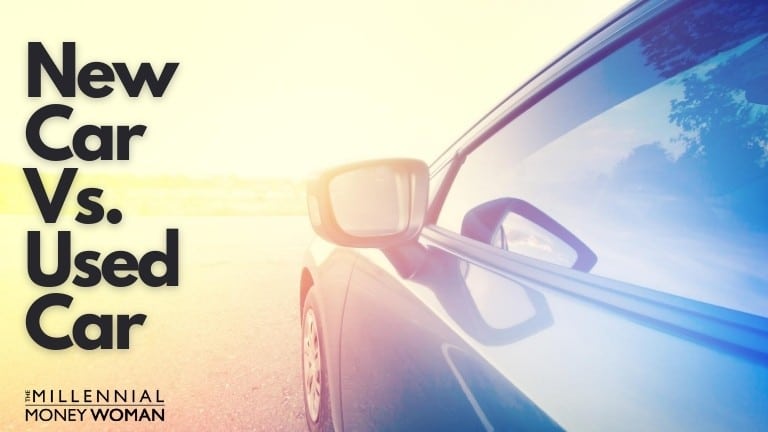 Should I buy a new car or a used car? Here are 4 advantages to buying a used car vs new.

Should I buy a new or used car?

It is easy to be persuaded into buying a brand new car with there appealing new features and technology (and that new car smell!)

But the truth is within the first minute of buying your new car you instantly lose 9-11% of the total price.

This can add up to tens of thousands in losses and you may even find yourself trying to pay off the debt for years.

Avoid the expensive mistake of buying a new car and see our 4 advantages to buying a used car: 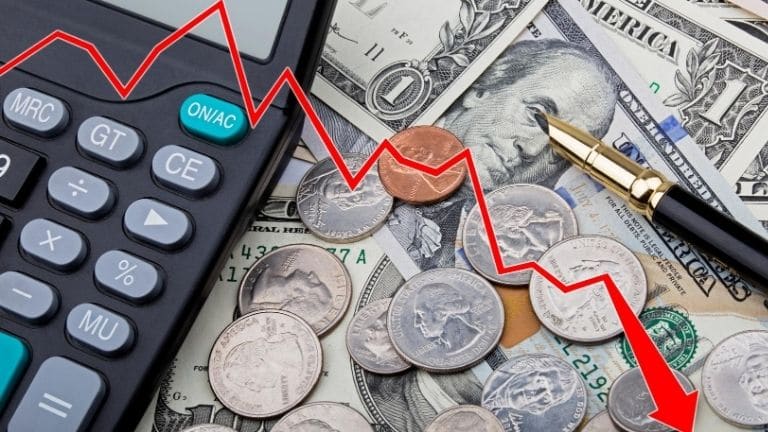 As mentioned previously, the second you drive your new car from the dealership parking lot, expect to lose roughly 11% of your car’s total value – and after five years, you could anticipate your car losing the value of up to 60%.

(This number may increase, depending on the condition and the number of miles you drive).

The reason why you see cars depreciate so rapidly is largely due to wear and tear: over time and thousands of miles, your car’s value will likely drop because there is a much higher probability of something breaking.

The depreciating nature of the car happens over time, so you won’t notice the drop in your car’s value until you actively research the vehicle’s value for reasons such as replacing or trading in the car.

If we compare the depreciation of a new car to a used car, the drop in value will decrease much less in a pre-owned vehicle.

The reason why you don’t see such major losses in the first year of owning a pre-owned vehicle is that the car already saw a large majority of its value depreciate with its previous owner – who took the brunt of the car’s loss in value.

Although a new car may be nicer to drive (and I repeat, that amazing new car smell is the cherry), is a new vehicle really worth losing so much money? 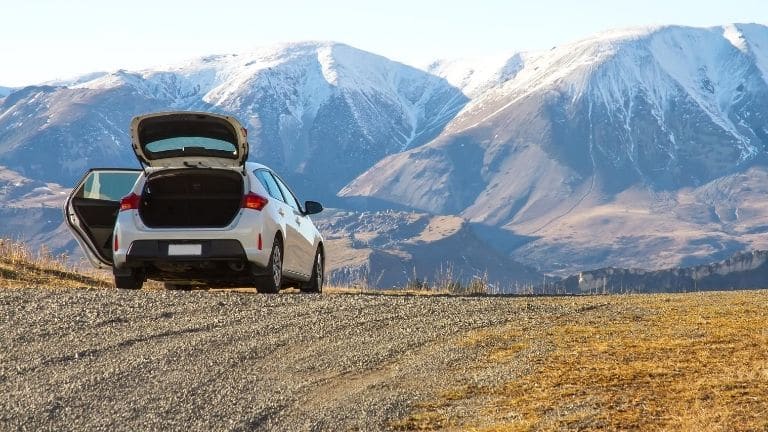 Let’s say you’re in the market for a hot, sexy sports car – also known as a high specification (or high spec) car.

If you buy a used sports car, instead of seeing your car’s value depreciate 10% the second it’s driven off the dealership parking lot, you can expect to see its value drop between 20 – 30% and worse, up to 60% from the original price after 5 years.

So how does this information make your life better?

If you’re in the market to buy a $100,000 sexy, new sports car, we just saved you up to $60,000 because now you understand buying a used sports car is much cheaper since the previous owner suffered the brunt of the depreciation.

Now let’s say you’ve heard that buying a used car is a bad idea because it’s not as reliable.

Fiction! The modern used car is engineered and built to a very high standard – and some cars are able to travel over a million miles without having to undergo any major repairs.

Keep up with the maintenance guidelines recommended by the manufacturer.

For instance, this involves servicing the car by changing the oil, brakes, tires, etc…

You can learn more about maintaining your vehicle here. 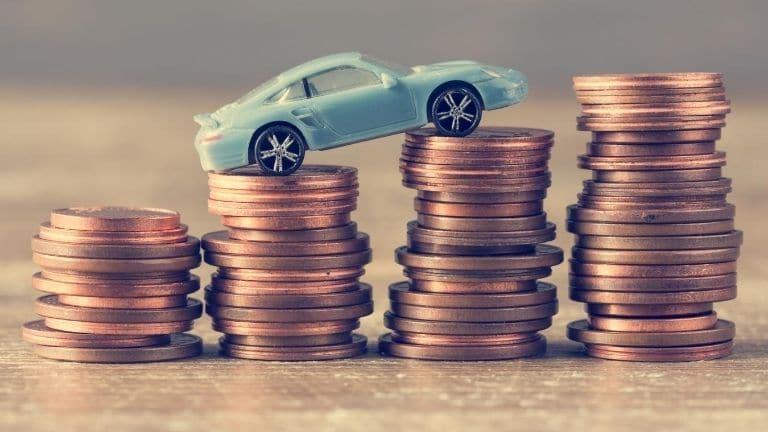 Let’s say that after a year of buying your brand new car you decide that you’re not happy with it; maybe because the car keeps breaking down or you don’t like how it drives.

Well, when you take the car back to the dealer, you could lose 30% of the original total price paid due to depreciation.

Pro Tip 1: Some rare models may even make you money when it comes to resale. Note: it is NOT recommended to purchase a rare car as your everyday car!

Pro Tip 2: Used cars typically have lower insurance rates. This is because the less a vehicle costs, the less expensive it is to insure.

Recommended reading: How to sell a used car 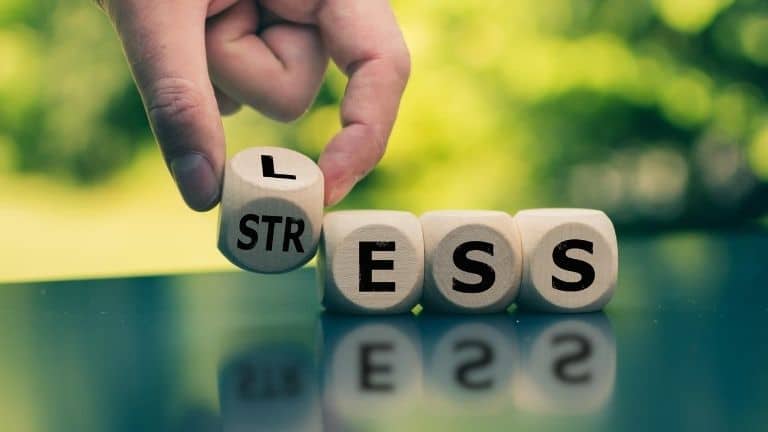 Have you ever had this happen: You bought a beautiful, brand new WHITE dress.

It cost more than your budget allowed (yes, I’m looking at you!) and you’ve been waiting and waiting to wear this white dress.

A year has passed and you still haven’t worn the dress. Why?

Because you’re so nervous about dirtying the dress if you wear it just once. Can we say stressed?

The same scenario relates to cars.

If you purchase a nice, new car, likely you’ll be much more stressed (did someone dent your door? did someone spill food in your car? how many miles are already on the vehicle?) about maintaining the car in proper condition.

With a used car, you likely won’t be as concerned, since there is a possibility that a used car already has some blemishes – which is perfectly fine.

Less stress, in general, is better.

Another thing to consider: After a few years have passed from the time of a new vehicle’s release, there likely will be many reviews in car forums or car magazines that will provide you with further insight as it relates to the car’s reliability and all other aspects.

Remember: Many new cars are released with unproven technology and new car owners may experience serious problems, such as engine failure or electrical faults.

These errors can be extremely costly if they are not covered under the manufacturer’s warranty.

So there you have it.

Buying a new car is like committing financial suicide because you’ll be bearing the brunt of the car’s depreciation (loss in value) in the first year, car insurance costs will likely increase due to the car’s increased value, and you’ll likely also be more stressed due to keeping the new car in tip-top shape.

If you can afford to throw money away and don’t mind losing thousands of dollars in the first few years of owning a new car, then perhaps that could be a route for you to pursue.

Otherwise, though, we conclude that purchasing a used car (1 – 2 years old, preferably still with warranty) may be in your best interest. 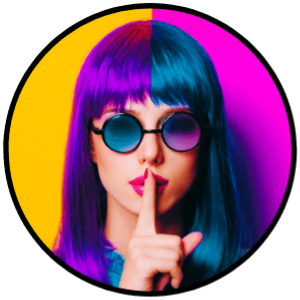 Fiona Smith is the founder of The Millennial Money Woman. She holds her Master of Science Degree in Personal Financial Planning, has advised decamillionaires for 6 years in the corporate wealth management sector and has co-founded a local non-profit community teaching financial literacy. She is the author of the personal finance book How to Get Rich from Nothing and her work is featured on Forbes and FinCon.